Who You Callin' Hitler? 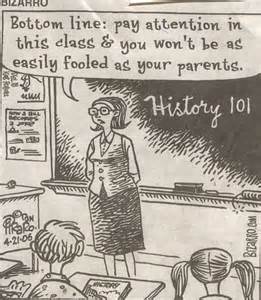 I try hard to stay out of politics on-line, mostly because I understand that no one changes someone else's beliefs by simply saying, "You're wrong. Here's the right way to look at it."
Instead I'll do a history lesson.

Adolf Hitler came to power and did what he did by convincing his people that it wasn't their fault things were bad in Germany. They were good people, he said. In fact, they were the best people on the face of the earth. They owed their nation whole-hearted love and allegiance, and there could be no questioning of the Fatherland. They had a proud heritage, and it deserved respect.

What was wrong, Hitler said, was outsiders. People who didn't think, look, or act like "real" Germans. Something had to be done about these people, and we know now what that something was.

I had a really cool prof at U of M many years ago, Dr. Westie, who explained two terms that get in the way of our view of the world. Egocentrism is the feeling that your way of looking at everyting is correct, and it comes from the fact that human beings can't step outside ourselves. Ethnocentrism is similar; we tend to think that the way our society does things is the only right way. We get uncomfortable when our centrisms clash with those of other people or societies. "What? They actually eat horses in Europe? How can they do that?" (I once had an exchange student who couldn't believe we ate carrots. "That's food for animals," she said, "not for people!")

In order to be a thinking person, however, you MUST step outside your ego and ethnocentric views and see things from other perspectives. If you can't do that, you will eventually run into conflict with everyone you meet, because no two of us see everything in exactly the same way. How far you can stretch yourself out of your comfort zone is a measure of where you fall on the political spectrum, much more than intelligence or experience.

Ask yourself, then: Who is telling Americans that one particular segment of one particular nation is right and everyone else is wrong? Who is blaming all our problems on other races, other religions, other people who lack whatever it is that we feel is "us"?

That's the Hitler type, and those people are willing to lead you and your children into war and worse, because they would rather try to prove who is the Master Race than promote the Human Race.
at July 27, 2015