How Much Is Enough?

Thanks, George Michael! My version of that question doesn't apply to "Star People" but rather to series books. How many books can a series contain before it gets stale?

I guess it depends on the writer, and to some extent on readers. Some series characters I have stuck with for a long time, like Lee Child's Jack Reacher, Sue Grafton's Kinsey Millhone, Sara Paretsky's V.I. Warshawski, Dean Koontz' Odd Thomas, and Michael Connelly 's Harry Bosch. Some books are more memorable than others, but in the end it's the main character that brings me back when the next book is released. I will admit in at least one case above I recently reached my limit. I'm tired of the character and have no curiosity about what the next adventure is.

Some series characters grow and change, and some don't. Harry Bosch moves through time, falling in love, gaining a daughter, rejecting change, and recently retiring from the police force. Grafton takes a different approach, consciously leaving Kinsey in the last millennium (a good choice given that she's got 24 adventures out there and two more to go).

In the case of other authors' work, I often tire of the main character after only a book or two. Other readers wait eagerly for installment #23, so it could be me. It also could be that I learn everything there is to know about the character(s) early on. To keep things interesting, some authors start doing things to their protagonists that I find unpleasant to read. Others change the character in ways that repel me. While I know that being a detective/vigilante/sleuth might make a person more and more violent, I don't want to spend time with them any more when they step over certain lines, especially if they don't suffer emotionally because of it.

What this does for me as an author is make me reluctant to write a lot of books about one character or set of characters. I suppose I would if they had more to offer the reader, but as soon as I feel we know everything about them, usually three to five books, it's time to move on. Someone recently wrote to ask for another Dead Detective novel. While I had a great time presenting my whimsical view of the Afterlife, I think that topic has been covered. If I think of something, maybe.

What works for Lee Child just doesn't work for me. 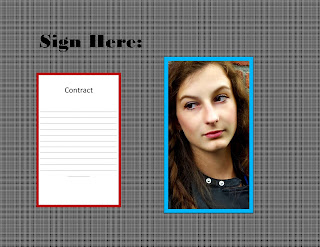