What You See Is What You Expect 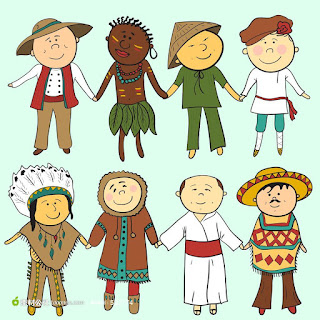 We "get" what we're told, shown, and subjected to over our lives, but in the best of times, changes come along that make us think. Thinking is good.

When I was a kid in the '50s, it was perfectly okay for my school to put on a Minstrel Show, where kids in blackface acted (usually overacted) their perceptions of black people. Few in our rural area had met anyone unlike ourselves, and I recall watching as older kids had a great time shucking, jiving, and acting stupid--the way they perceived black folks.

My mom was once given a box of books, and being an inveterate reader, I worked my way through them. One was a joke book, and I enjoyed the anecdotes about Goldfarb, Wisenstein, and other city dwellers with odd names. They were all self-absorbed, bossy, and overly concerned with money. It wasn't until years later I realized the characters in those "jokes" were all Jews, and the laughs were meant to come from the assumption that all Jews were conniving cheapskates.

I had no idea what homosexuality was. Never mentioned. Never. Guess it wasn't very important, huh?

Comments were made to/about both sexes that denigrated them, and no one seemed concerned about whether that was right or wrong. "Running like a girl" was an insult to boys. One teacher insisted that playing rough games at recess was too "tomboyish" for me, and I needed to learn to act like a lady.
By junior high I knew girls were expected to fend off the sexual advances of boys, but boys were allowed, even expected, to make such advances.

I know. If you're my age you can tell the same stories, but for many of a certain age, it's hard to get past those prejudices. That's why you shouldn't look at political correctness as something invented to make you miserable. It simply demands that you think about what you do and say, despite what you've seen, heard, and done before. If you talk about how "great" America was in those days, you're thinking only of yourself, and that's wrong.

Let's say you begin a story with, "Yesterday at the gas station there was this Asian woman..." ask yourself why you told me she was Asian. Do I need to find her at some point, or are you drawing an unnecessary line between yourself and that woman? Without stopping to think once in a while, we tend to lump everyone together (hey, it's easy) and judge them because they're "different." Then we separate ourselves from them because we're--what? Not different? The same, as in white, Anglo-Saxon Protestants?

Not all cops are good or bad. Not all soldiers are heroes or cowards. Not all Republicans are greedy or noble. Not all members of a race, religion, ethnic group, or whatever fit the stereotypes we attach to them. I spent time in two Arab countries (neither of which was the war-torn mess we see on TV) and saw that the people there did the same things we do. They gossiped, worked, shopped, and went for a swim when it was hot.(I don't know what they did when it got cold because...it was hot.)

As a kid I was exposed to judgmental thinking from prejudiced, ignorant people (in the sense they didn't know what they were talking about). As an adult I know we should take people on a case by case basis. I've met some I didn't care for who had different skin color, but there's no relationship between those things. I've met lots of people the same color as me I'd rather never see again too.

Think before you generalize. Pause before you separate yourself from others, especially if you're separating in order to let yourself believe that you're better.
at November 20, 2017 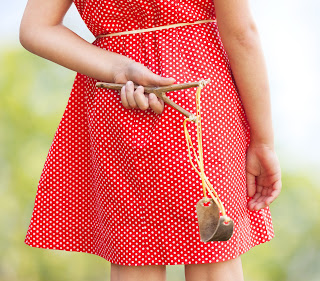