Simon Maldon is a young Englishman when he meets Elizabeth Tudor, Henry the Eighth's second daughter. Though he's in awe of "Her Highness," his intelligence and curiosity match hers. Together they solve several murders, beginning a long collaboration. Though Simon's station in life is far below Elizabeth's, she knows he is completely trustworthy. As they age, their affection for each other remains, as does their inability to resist solving the riddles created by murder. 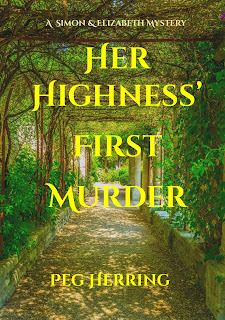 Kindle Link
All other e-formats: https://www.books2read.com/u/38gN8a

Women of London's streets are found murdered, dressed as nuns with their heads missing. At first no one pays much attention, but when one of Princess Elizabeth's ladies is killed, that changes. Henry VIII orders his trusted guardsman Hugh to find the madman, but the princess has her own ideas. She and her new friend Simon Maldon begin their own investigation.
If Henry knew the extent of his daughter's involvement, he'd be furious, but Simon and Hugh soon have something worse to consider: The princess might in fact be the killer's next target. 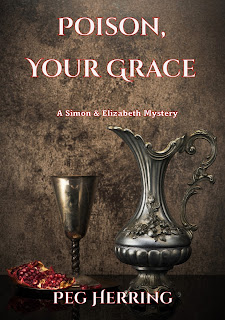 A poisoning in the palace frightens everyone, not least Her Grace Elizabeth Tudor. She fears for her brother's life, since death by poison is hard to detect and even harder to prevent. Edward VI is a child, and a sickly one at that, and factions exist that would prefer Elizabeth or her sister Mary on the throne.
To protect the king, the princess sends for her old friend Simon Maldon, trusting in his skills as an apothecary and his keen mind. Soon it is Elizabeth who needs protecting, and Simon and his fiancee Hannah must unmask a clever killer whose crimes continue even as Elizabeth herself is implicated.
****************************************
The Lady Flirts with Death    Book #3 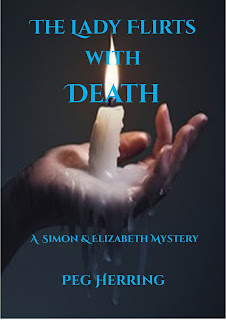 E-book Link
Print Link
Mary I sits on the throne of England, and her sister Elizabeth is locked in the Tower of London, charged with treason. Her old friend Simon Maldon is frantic, but he can do nothing more than visit (in disguise) to attempt to cheer her. During a visit, Simon meets another old friend, Peto the Pope, who's been arrested for murder.
Simon becomes embroiled in Peto's case, and with his worries for Elizabeth, he pays little attention to his wife Hannah, who has taken in a pregnant girl she found hiding in her dovecote. Hannah is caught up in her concern for the girl and affection for the baby she delivers, and so it is that neither realizes until late in the game that danger stalks them all. Though Elizabeth faces the possibility of death by the axe, Simon and Hannah have their own perils to face.
*************************************** 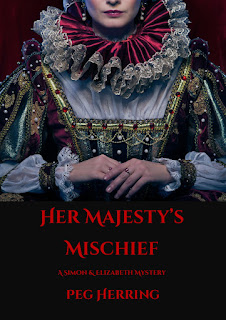 When Elizabeth I sends for her old friend Simon Maldon, the distance between them is greater than ever before. Nothing is denied the queen of England except peace of mind. To ease her worries, Elizabeth wants Simon to go to Scotland.
Though he explains he has matters at home to tend to, the queen insists he must go. For the first time irritated with "Highness," Simon reluctantly prepares for the trip.
With her husband gone, Hannah and Henry, the boy Simon has raised as his son, take up the task he intended, investigating the death of Simon's brother-in-law. They are joined by one of Simon's oldest friends, Sergeant Calkin.
Both at home and in Scotland, dangers arise. Murderers are desperate characters, as are men of uncontrolled ambition. Simon and Elizabeth have investigated together in other times, but in this instance only Elizabeth is safe, waiting in her palace as events outside it threaten the lives of some of her oldest and truest friends.