What's the Thing with Cookbooks? 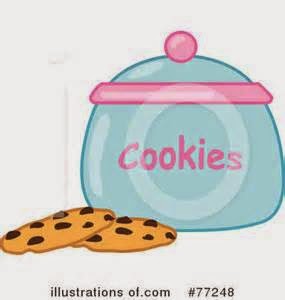 I signed at Horizon in TC on Saturday, and a staff member told me about an earlier event with a famous (I guess) chef. She said they sold boxes and boxes of his books, with people calling and begging them to save one until they could get there.
Which brought to my mind a question: What's the thing with cookbooks?
When you're starting out in life, you need a good cookbook, and it might take you two or three purchases before you find one that fits your lifestyle and abilities. After that, you might want to purchase a couple of specialty cookbooks: Chinese food or low-fat or whatever. But once you've got six or eight, what's the attraction for buying more?
I haven't bought a cookbook in twenty years except for some they sold at church, and that was more the cause than the desire for new recipes. I'm in the minority, I know. Cookbook sales are huge, and if some chef who's been on TV puts one out, sales are guaranteed to go through the roof.
Why?
I don't know, but here's why I'm not in line for the next big thing in cookbooks. I'm not a chef (and I don't play one on television). I find most of the recipes too complicated and the results kind of blah. That's possibly my fault, but how often am I willing to waste time and food in order to serve a triumphant flan or a perfect quiche? If I want fancy food, it's easier to order it at a restaurant where the people have practiced the dish more often than I ever will.
I never seem to have all the "simple" ingredients they call for in cookbooks. I don't have to look in my pantry to see if I have marzipan: I don't. My spices are all on the downward end of their expiration dates. And yeast? Don't make me laugh. We buy it, we use one packet of the three or four provided, and the rest sit in the cupboard until we end up throwing them away. If I do have a yen for something new for dinner, by the time I've discarded the recipes for which I don't have the ingredients, it's beef stew again.
So why do so many people eagerly buy a new cookbook every year or even every few months? I think we're buying a dream--a lovely image of perfect meals that make our families gasp in wonder. And the nice thing is, if the cookbook you bought last Saturday doesn't make that happen, there's always another guy in a white hat or or woman with a foreign accent who'll sell you a new one.


Note: Since I love baking, I have included one of my own favorite recipes at the right. New one every day until Christmas.