A long time ago, there was an area in Chicago where book publishers tended to locate. They started a book festival, and the rest is history. Though the book publishers are mostly gone, every year in June they take to the streets, closing them down to traffic so tents can be set up for blocks and blocks representing book sellers, book publishers, and everyone associated with that.

This year it was mid-90s all festival weekend, but since it was Chicago, there was a breeze off the lake that saved us all. I gathered with a group in a tent wrapped in crime scene tape: Midwest Mystery Writers of America and Centuries and Sleuths Bookstore. With me were well-known authors like Sara Paretsky and Marcia Clark as well as lots of writers like me, not so well known but just as hard-working. 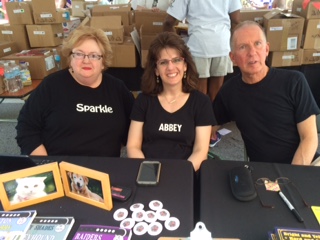 It's always fun to get together with authors I've known for years and meet authors I've never met. Some I know online and others I've never heard of before. I confess to a desire to read all their books, but of course that's impossible. I keep trying, though! 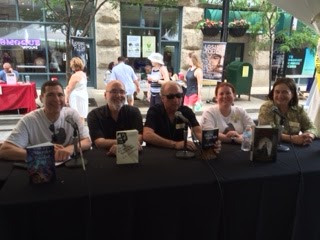 Since we were already in Chi-town, John and I visited the museums: Science & Industry, Shedd Aquarium, and the Field Museum, where we got to see the terra cotta warriors from China. I think I managed to impress my husband in all those places! 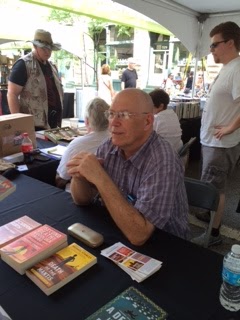