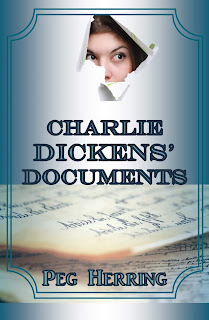 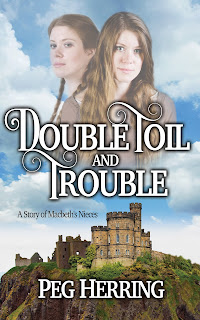 Here's the new historical romance, and the answers to a few questions.
1. Another romance?
I know! I didn't think I'd ever do it, but the story was so much fun I had to.
2. Available where?
Amazon for e-book for sure.
Amazon in print any minute now.
Ingram in print someday soon. Since Ingram connects to bookstores, it's nice to have the book offered there, but they take longer to get things set up. Give it a week before you ask your favorite library or bookstore to get it for you.
Hometown folks-It will be at Tom's, but probably not until March. It's just the way things worked out for me.
3. So what's it about?
Jenna and Jessie, two more of Macbeth's nieces. If you remember Tessa from Macbeth's Niece, my very first book, you'll see her again. Because it's ten years later, I didn't call this a sequel. It's more like a relative.
4. Where do the characters come from?
If you happen to know sisters named Jenna and Tessa, you might guess my inspiration for these books. People often ask if characters authors create come from the real world, and I guess in my case the original idea does. Once I've chosen a name and a basic personality, though, the character becomes herself and bears little resemblance to the original. I also like the study of names (as anyone who sat in my English class can attest) so I collect interesting ones to use as minor characters. They have no relation to real people, so don't go thinking if my villain is named Gallivant, it's because I once disliked someone with that name.
5. Who should read this book?
If you liked Macbeth's Niece, I think you'll like Double Toil & Trouble. If you didn't read MN, you won't have a problem with the new book, because the situation is different (though still related to the troubles Macbeth's family might have suffered from his deeds). One of the beta readers who loved it gave it to her husband to read, which makes me cringe a little. Still, I think there's enough action in the story to allow non-romance readers to enjoy it (even if they are male).
Other questions? Just ask. 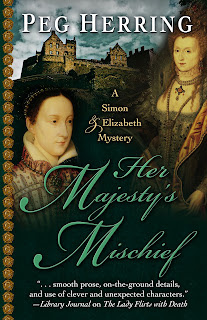 The book is up for pre-order on Amazon & Barnes & Noble (maybe others, I just checked those two). So far it's hardcover only, and I have no idea when e-books will be available. They claimed there would be paperbacks this year, but nobody tells the authors the scheduling of any of that. We wait and see just like everyone else.
at June 01, 2015 No comments: