The End of a Series 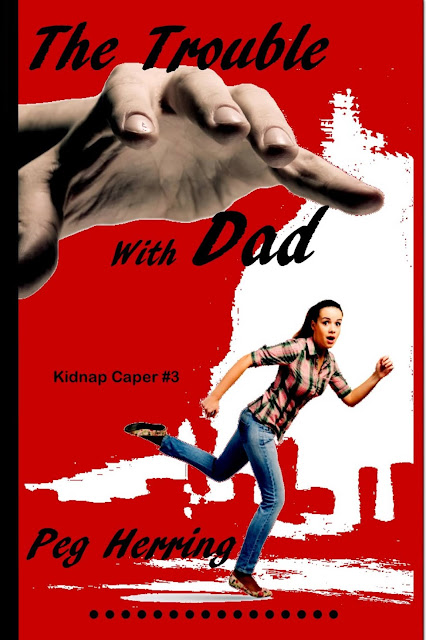 https://books2read.com/u/mqrOn6
I love the Kidnap Gang, so it's a little sad to see the end of the series.
Why then, is it ending?
First, the arc has...well...arced. We meet the characters in KIDNAP.org (which is free here: https://books2read.com/u/mZ58rl  We see them take down a really big bad guy in Pharma Con. ($2.99 here: https://books2read.com/u/mKEOVE)  And we see Robin deal with her past in The Trouble with Dad. (Link above)
Second, I have other irons in the fire. Like a lot of authors, I love trying something new. While working with the same characters over and over can be rewarding and is less taxing on the brain, it can also result in stale plots and "jumping the shark," making things happen that are hard for the reader to believe. If you've ever stopped buying a series because things just got too crazy, you know what I mean.
So I wish Robin and the gang well, but I'm done with them. I did leave an opening for more books in the future. SPOILER ALERT: Nobody dies!
PS: The audio book takes longer, but there will be one!
at September 01, 2020 No comments:

And More in the Free Category

NOT DEAD YET...is a book that's hard to categorize. If I tell you it's a mystery I won't be lying, but what kind of mystery is it?
Well, a different kind.
There's no detective who drinks more than he/she should and struggles against the system.
There's no recently-divorced woman who just opened a business and has a crazy best friend who forces her to investigate local crime.
There's no serial killer whose methods make you want to hurl.

What is it then? A mystery within a mystery, for one thing. Four curiously talented yet oddly shy squatters must solve a murder, but they have their own secret to hide.
And when you get it, you'll be gobsmacked.

NOT DEAD YET...is free this week for Kindle readers, so there's no risk. If you like it, I'd appreciate a review (as I always do!) 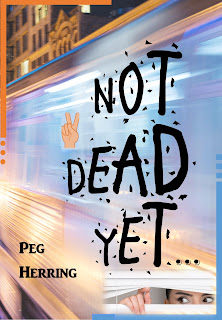 It's also available in print (Amazon, bookstores) and audio (Amazon Audible). In mid-July it will be released on other e-book distributors as well (B&N, Kobo, etc.). If you read library e-books, ask your library to order it then.
at June 25, 2018 1 comment:

New Life for a Book

One of the things authors need to recognize is that books don't just take off and become bestsellers. Some lie around for months, even years, waiting to be noticed. We're encouraged not to neglect our backlists, but it's difficult when there's something "NEW! NEW! NEW!" to talk about. That's been the case with the Loser series, which ended a couple of years ago.

Killing Silence is one of my favorites among my books. I love the protagonist, Loser, who is homeless and damaged but not down and out. The idea that homeless people are counted out of society, ignored by most and assumed to be incapable of paying attention, makes her a perfect sleuth.

The publisher of this series has decided to make Killing Silence free on Kindle for May 29-31. I'm really excited about this, since I think freebies are a great way to introduce a book to new readers.

If you've already read the book, you can help by passing the news on to your Kindle-reading friends. If you haven't, here's a chance to meet a unique character. Some get the impression the book is "dark" but that isn't true. While Loser begins in a bad place, the story traces her reclaiming herself as a person. Still, it scares some. At a library talk last week a woman confessed that she'd been reluctant to begin it, though it came highly recommended. "I thought, it wasn't my thing," she told me. "But you really get wrapped up in the story."

Aha! That was my plan all along. Once you get to know Loser, you'll want to read the other two books in the series--which will make both me and my publisher happy. 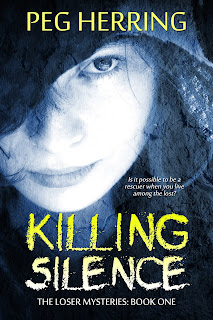 It's also available in print and audio. Just not free :(

A Lethal Time and Place is an old favorite of mine, so I'm sharing it as today's giveaway.
It's a paranormal mystery set in Chicago in the late '60s, and you'll love the twist in the middle.
I think you'll also love the characters: they're weird, they're wonderful, and they will surprise you with their cleverness, their oddness, and their support for each other. 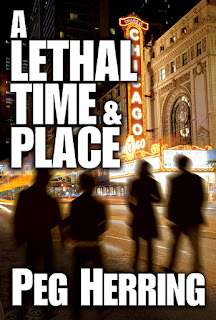 If you want to try the book, go to Instafreebie and download it in whatever form you need for your e-reader. Here's the link:    http://www.instafreebie.com/free/KqhUH   You've got one week. 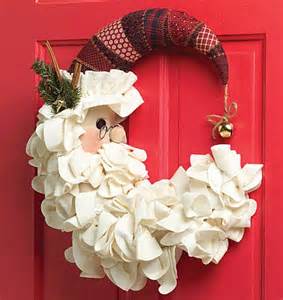 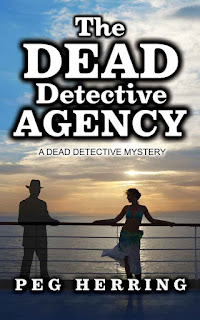 THE DEAD DETECTIVE AGENCY is free for Kindle right now: August 1st through the 4th.

This is a re-release, so you might have read it, but if you haven't yet met Seamus, Dead Detective, and if you have a sense of humor about the Afterlife, you might enjoy this series (follow-ups are Dead for the Money and Dead for the Show. I'm working on Dead to Get Ready--and Go.)

One reviewer made me giggle when she said though SHE liked the book, she wouldn't want her children to read it and conclude that this is the way heaven actually is.

Really? Can you say FICTION?

I had fun with what we're taught about the Afterlife as I wrote this mystery, which another reviewer says is "Sam Spade meets Quantam Leap." Not sure about that, since there isn't much sci-fi stuff here, but I think you'll enjoy the book, which won Best Mystery of 2012.

Here are some snippets of the reviews, since Amazon hasn't yet put the old version (published in 2011 with the female close up and looking outward) together with the new one (published recently, with the female looking at the semi-transparent man).

"The story and writing proceed at a furious, breathtaking pace, and when we finally come to the end of our voyage, it's with deep regret, as if saying bon voyage to a dear friend we have known and loved for years." New York Journal of Books, Reviewer Sam Millar.

"A fun concept of afterlife and well-developed characters makes this an entertaining page turner. I am certainly looking forward to the next in the series. Would be good material for the big screen. A refreshingly new idea." Amazon Reader

"Loved the whole idea for this book. I enjoyed the comparisons about what we think of as ghosts as actually the dead using our bodies. Can't wait to read the next one!" Amazon Reader
at August 01, 2015 No comments: