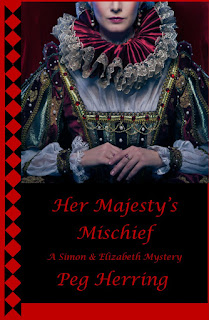 My first successful series was the Simon & Elizabeth Mysteries with Five Star Publishing. Going on the "write what you know" advice new writers get, I focused on Elizabeth I of England, one of my favorite historical characters. She had so much going against her as she grew up--I mean, how many girls can say their father had their mother beheaded?

In the last decade or so, some authors have (very successfully) attacked Anne Boleyn's character, making her seem like Satan's First Date. I'm afraid that's more drama than historical accuracy, but we all interpret history to suit our own thinking...and some knowingly twist it to make a salacious story. I won't argue the right and wrong of that, since Shakespeare did a lot of the same things to make his stories work. It's just sad to me that those who read only fiction might believe it.

Anyway, my series focuses on Anne's daughter Elizabeth, and she's a very sympathetic character. In Her Majesty's Mischief, the last of the series, Her Highness is queen, and she's fallen into the age-old tendency for those with power to use it without considering others' wishes. Elizabeth sends Simon, practically kicking and screaming, to Scotland, where he gets in a heap of trouble. Worse, he leaves behind a mystery that needs solving at home. His son Henry steps in to take up the challenge.

My original plan was to have a fifth S&E mystery in which Henry became the investigator because both Simon and Elizabeth were old. Two things got in the way of that: Five Star stopped publishing mysteries, and several of my other series ideas took off. One can only write so many books/year, and I'm amazed at how much time it takes.

In the meantime I've got the rights to this series back, so I'm re-releasing them under my own banner, which calls for new covers (Five Star owns the originals). The advantage for readers is the books are much more reasonably priced. In fact I will probably make the first one, Her Highness' First Murder, free in e-book format. (It's a clever ploy to get you to buy the other three!) Once I get this one ready to go for e-book (I'm shooting for next week sometime), I hope to make a boxed set of all four. A print version of this one will follow, early in October, if all goes well.
NOTE: When you click on the links below, the covers that show up might still be the original ones. Amazon has a policy of showing the cover that's sold the most copies, so it's going to take a while for my versions to surpass their sales. Price should be $2.99 if they're mine. Same books.
If you're not an Amazon user, here are the links for everyone else, B&N, Kobo, Apple, etc.:
Her Highness...:  https://www.books2read.com/u/38gN8a
Poison...: https://www.books2read.com/u/mYg5zP
The Lady...: https://www.books2read.com/u/3yD2dv 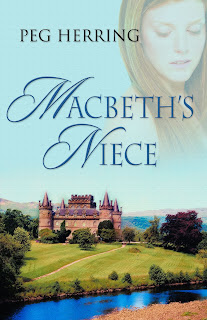 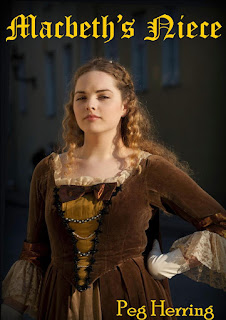