Such A Deal for You!


Often I have stories that are funny to me but might set other people thinking, "The woman doesn't have a clue."
I know that, and mostly, I don't mind.

At the beginning of the month I signed up for a promotion that required I reduce the price on a boxed set. I did that, making The Simon & Elizabeth Mysteries (all 4 books in that series) just $.99 for the month of September.
When I went back to list it on the promo, I realized it didn't fit the criteria.
Result: The e-book boxed set is really cheap this month, for no good reason. 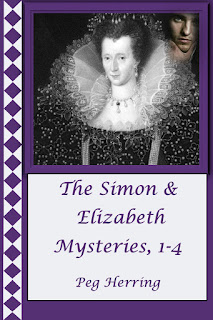 I did manage to get one promo right, so KIDNAP.org will be free for download on BookFunnel starting Friday., Sept. 20 and going until Oct. 19 (link:https://books.bookfunnel.com/feel-goodcrime/xb92i6xlq7
For that promo an author lists how many books she's willing to give away, and they stay available until that # is reached. If you haven't yet started that series, it's fun, and the second book, PharmaCon, is available in print and e-book formats. Audio should be coming along soon and I'll keep you informed. 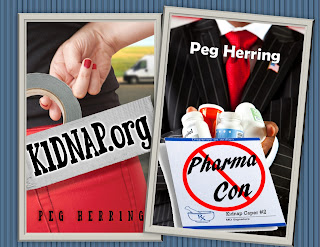 The Strategies of Authoring 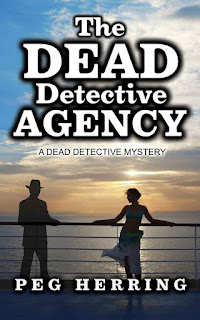 I've been at this for a while now, and I've seen the publishing world undergo drastic changes. When I got my first contract with a traditional publisher, that was the way to go, because books published by an author in what was then called "vanity publishing," were expensive to produce and almost certain to fail.

That changed when two things happened: a few brave authors (e.g. Hugh Howey) began working to understand and use the system to their benefit and Amazon made it (fairly) easy and definitely cheap to publish books.

My time with traditional publishers was extremely valuable. I learned about the need for good editing, good cover art, and good resources for promotion. On the downside, I learned I had few options once I signed a contract, and the financial reward for my work was a long time coming and not nearly as much as people imagine when they plop down $26.00 for a hard cover book.

Now that I'm sort of independent (I've stuck with one of my publishers so technically I'm what they call a hybrid author--which sounds kind of science fiction-y but isn't) I'm learning how books sell in the times when hundreds of thousands of books are added to the possibilities readers are offered each year. Some are tossed into the world like a monkey throwing mud at a canvas, with the naive belief that someone will call it art. Others (like mine) are the result of hard work, dozens of revisions, and many people's input, both paid experts and wonderful volunteers.

All that to say this: One of the ways independent authors attract notice for their books is by giving them away. In this time of free books everywhere, it's hard to get a reader to pay for a book if they haven't read an author before or heard good things about her from someone they trust. Authors like me give away the first book in a series in order to entice readers to buy Book Two, Three, etc.

The Dead Detective Agency is now free through all Draft2Digital outlets, including B&N, Kobo, and the like. I've notified Amazon, so they will eventually price match, though I can't predict when that will happen. If you haven't met Seamus (pronounced shay mus) and don't mind a light-hearted mash-up of mystery and the Afterlife, try the e-book for free, then go back for the rest of the series at only $2.99 each.

Oh, and what I'm reading now: Two Days Gone by Randall Silvis. Great scenario, but he'd better not disappoint me when I get to the truth!