Diseases and Syndromes and Help--Oh My! 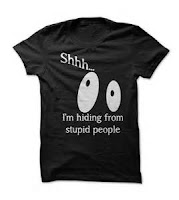 (Author's Note: I have a great deal of sympathy for those who struggle with disease and infirmity. This post is in no way meant to belittle the trauma of actual disease. It's tongue-in-cheek, because the current state of the media, both public and social, makes me crazy, and because some of us are just plain smart-alecks.)

Here are some things I could get behind if there were a drive, a telethon, or a campaign to abolish them.

The Meme-a-Thon: Do you or have you suffered from people saying things that make you want to punch them in the face? Research has discovered a contributor to this syndrome, and we now know that it comes from meme saturation. Useless and unprovable, memes invade every aspect of our lives, with a meme for every situation that does absolutely no good for the listener but makes the speaker think he's said something wise.
With your help, we can educate people on the hurtfulness of repeating memes that often exacerbate feelings of sorrow and worthlessness. Here are just a few of the trite, useless phrases your donated dollars will be used to eradicate:
God never gives you more than you can handle.
He's in a better place.
When the going gets tough, the tough get going.
Guns don't kill people. People kill people.

Drive to Defeat Inaccuracy and Redundancy:  Today's 24-hour availability of news, sports, weather, and whatever means that someone is always talking. While such people were once hired for their ability to speak well, the widened field has allowed uneducated, unskilled, and downright unpalatable talkers to assail our ears with grammatical errors, extended, unfounded opinion, and repeated inanity.
Citizens for Better Speech will lead the way in helping these people think while they speak--maybe even before they speak. No longer will sports announcers use inaccurate descriptors like, "The golf course is ruthless today."  No more commercials with mixed idioms like, "My bill was lowered in half." And this year's special focus: eliminating those whose best advice is, "If our guys are going to win this game, they're going to have to score some points."

The Campaign for Quiet: In many American homes today, there is no such thing as quiet. Our three-pronged approach will first address consumers themselves, reminding them that they do not need to have the TV on for "background noise." As sound-dominated minds experience silence for longer and longer periods of time, researchers believe thought will result, creating a sense of peace, a lessening of fear of the unknown, and perhaps even original ideas.
Our organization's second focus is letting TVs talking heads and their handlers know that silence isn't necessarily a bad thing on the air, either. For almost anyone who loves a sport, silence beats listening to repeated reports on the legal scrape a player got into three years ago or the fact that an athlete's dad died just before the big game last year and he played in it anyway.
Finally, funds for this campaign will educate weather people, who should understand that we don't need to be told to take an umbrella, turn on our headlights, or "get out and enjoy that sunshine." Anyone who can't figure those things out should just stay home.  Try that silence thing. It might help.
at March 28, 2016 No comments: