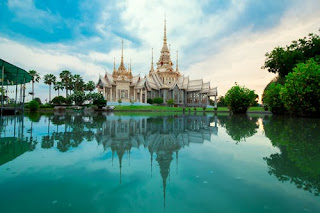 A friend told me the other day she'd started a new British mystery and found it had tons of swearwords and name-calling. Her question to me was "Do you think they really talk that way over there?"

Talk of "they" bothers me. Yes, "they" had different beliefs than ours in 15th century Europe, but I don't for a moment think everyone believed they'd go to hell if they had sex on Sunday. If those people believed everything the Church said they shouldn't do, there wouldn't have been any sinfulness, but murder, theft, fornication, and other sins went on, as they do now. It simply paid to keep quiet about what you did, what with the Inquisition and all.

I once hosted a teacher from Moscow who was disappointed by our small town. In Russia, she'd been told that in America "they" go shopping every day and night-clubbing every weekend. Spending a year in a county with no mall and not even a stoplight wasn't what she'd pictured when signing up to visit.

The question in all of this is who is 'they'? Of course there are British people who swear a lot. There were once pious Spaniards who believed every word their priest said. And we know there are Americans for whom a Saturday night without being "out" is unthinkable. But every society has a range, and while "they" might represent the majority, they probably do not.

Impressions we have of historical groups often come from sources that are either biased or uninformed. History was written by scholars, since they could write, but most scholars were monks, with definite views on sin and sinfulness. History often became more a moral lesson than a factual account. Scholars also had to worry about pleasing their masters (unless they didn't care if their heads remained between their shoulders). And new stories were built on older stories without any attempt to confirm the truth of the original. Consequently, there might be hardly any truth in a "history" at all.

My characterization of Macbeth in Macbeth's Niece for example, is historically incorrect. Shakespeare needed a villain to represent unbridled ambition, so he chose a rather ordinary Scottish king and turned him into a murderer. While I added notes at the end of my book to explain the truth of Macbeth's character, I'm afraid his name will always be associated with evil.

In current times, we get impressions from TV and form conclusions based on them, often wrongly. We see bands of screaming zealots and conclude, "The **s hate Americans." It's been proven, over and over, that the vast majority of people on this earth have no impression of Americans at all. We don't matter to them or their daily lives. Those who do hate us probably have their reasons, but they're based on the very practice I'm writing about: forming impressions with insufficient information.

When we see news reports, TV shows, and movies that reveal slices of life in other places, we should keep in mind that's what they are. The people you see aren't "they." Motives differ, and heaven knows we tend to become a little nicer when there's a camera filming. The reporter went there for a story, and he or she chose whom to interview based on ideas of how that story would go. If the neighbor next door had been chosen, the result might be completely different. Creators of content choose what interests them, and what they think will interest you.

Before I actually visited an Arab nation, my impressions were mostly wrong. Once there, I saw people going about their lives, shopping, having coffee with friends, trying to keep up with their kids, all the things I see here at home. The clothing and customs were different, yes, but the bottom line wasn't.

What I'm saying is that people are people, no matter the time or the place. There are crooks who cheat, and honest types who never would. There are saints who'd die for you and sinners who'd steal your last dime. There are braggarts and truth-tellers. Distrustful types and friendly sorts. Silly asses and wise folk. People who'd talk your arm off and people of few words.

Don't base your conclusions on what "they" say about what "they" do. Figure it out for yourself.

For some reason I ended up with a bunch of historicals at my last visit to the bookstore. It could be that there are a lot of them out there, and it could also be that I'm drawn to them. Here's what I've got:

The Museum of Extraordinary Things by Alice Hoffman-I'd read good things about this one, and I did enjoy the gradual narrowing of the distance between the two protagonists. Lots of interesting stuff about the times, when it was perfectly okay to display "freaks" and pretend it was science--although I guess today we do the same thing through television and pretend it's altruism.

A Burnable Book by Bruce Holsinger-This one isn't for the casual reader of historicals. Like Hilary Mantel's work, it's a book that immerses one in the time, with references to real people the reader is expected to recognize and words I wouldn't have known except for good old Dr. Calver's Chaucer class back at U of M many decades ago. I had to wade through dark passages and shifting points of view, both first person and third, for a while before I began to care about anyone in the slowly-emerging story. I also am not sure the premise of the mystery fits the machinations involved. Still, I'm far enough along that I'll stick with it and see where it all ends up. (After all, Chaucer himself is a character.) The author definitely has a gift for description, and he knows the period. This reader can almost feel the grit of medieval times beneath her fingernails.

My favorite of the bunch is The Tilted World, by Tom Franklin and Beth Ann Fennelly. The book has it all: the disastrous flood of 1927 in the southern United States, a love story, characters I cared about, moonshine, revenuers, and lots of action. There was one suspend-your-disbelief moment, but it had to happen somehow to close the story arc, so I was okay with it. As I read, I kept imagining this book as a movie, and it would be a good one.

I still have Jessie Burton's The Miniaturist on the shelf; then it's on to Laurie King's The Murder of Mary Russell. I like her books, so it should be a good week!

Take Two Frog Stones & Call Me in the Morning

Being a student of history, I find myself wondering about what advice was like back in the day. We live in a world where everyone wants to tell us how to eat so we can live to be 100, what to wear so we appear cool and confident, and how to survive the next attack, the next storm, or the next epidemic.

Advice from our parents' day now seems quaint and often wrong. The ads that told us real men smoke Marlboros. The Singer instruction manual that advised women to put on a clean dress and makeup and style their hair so they'd be "prepared" for sewing. The general view that a woman should not work once she became pregnant and should stay in bed for two weeks after the birth.

So I wonder, did the Tudors get advice from their doctors about how to live to be forty? Of course they did; people have always hoped some "wise" someone could tell them how to achieve good health and avoid early death. The "frog stones" in the title were ground up and put into a person's drink as a preventative for poison. Tudor doctors turned over a rock on the way to a patient's home and figured out from what they saw beneath it whether the patient would live or die. Nice to know there's a way to know for sure.

I imagine the Roman Empire sending advice to its far-flung citizenry, suggesting ways to live through an attack by raging Goths. I imagine the Great Khan sending out messengers to tout the benefits of eating only Chinese rice and not that cheap stuff coming in from the south. Maybe Cleopatra gave interviews, telling her palace folk that if they copied her outfits, makeup, and habits, they could borrow a little of her glory for themselves.

People have always sought advice, and there's always been someone willing to give it. It's odd to think that things we're advised to do will someday seem quaint, even ridiculous, by those who come later. As long as we think someone else is more qualified than we are to tell us what to do and how to live, there'll be advice, so take that umbrella with you when you leave the house today, and slow down on those slippery roads. Maybe you'll live to be 100.
at January 27, 2015 No comments: