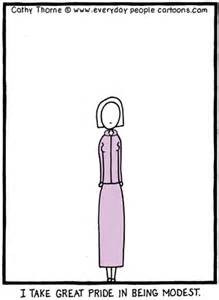 I opened this blog site just now and saw that a bunch of people logged in yesterday.
Wow! I must have said something really wise or interesting.
No, not really. And what I did say was last Monday. Why was it so intriguing now, seven days later?
Maybe a bunch of people heard of me in the last few days?
Nope. I spent the weekend at home, and I didn't post much except my usual smart aleck stuff on FB.
So why all these looks at my site?

After some thought, I figured it out. (Sigh.) It was me. I made changes last night, turning my summer background into a more fall/winter one. Every time I looked at it so see if I liked what I'd done, the computer counted it as a visit.

I guess it's true what they say. You create your own excitement.
at November 16, 2015 No comments:

Today's writer is supposed to know computer stuff. If I run an ad, they'll ask for photos with so many DPIs. It's expected that I will know how to convert the ones I have into the size they want. When I send a manuscript to someone, it has to be in a certain format: PDF for some, .mobi for others, etc. Again, it's expected I'll know how to provide those files. My websites/blogs have domains, at least in theory. I have no idea how to control them or even who's in charge of them. So while I'm a writer, toiling away to create stories people will want to read, I had to learn the basics of computer use beyond word processing, and now I have to keep up with new developments as things change.
IT I'm not. Things go wrong, and when they do, I'm likely to be helpless to correct them.
What would be great is to have a person who'll show up at my house at a moment's notice and solve the problem I'm having right then. I don't want to haul my computer to his/her office and leave it there for days. I don't want to explain the problem over the phone and have some professionally patient person give me step-by-step instructions using terminology that makes me feel like a kindergartener. And I don't want to schedule an appointment 3 days (or 3 weeks) hence, by which time I'll have forgotten what I did to create the problem and what I tried to do to fix it.
I chuckle at the ads that tell me how easy it is to do this or that online. Build a website in an hour! Host a blog that attracts thousands! Download software that makes your life a piece of angel food cake!
Yeah, right.
It isn't just my age, though I think growing up with computers has given newer generations an almost innate sense of how they work. Despite that, plenty of people a lot younger than I am confess they don't understand a fraction of what their cell phones can do. I once spoke with a young but high-level office executive who was unaware he was supposed to empty his temporary files periodically until the tech at his office showed him the gazillions of them that were slowing his computer down.
I think the capability that computers have leads designers to make them more and more complex, able to do all sorts of cool things. That's fine, but too many times computer people aren't word people. While they can visualize and create great apps, programs, and devices, they can't explain how to use them without using terms that make the average person give up and live without them. So here's my advice to designers of anything computer-related: Instead of installing all sorts of "helpful" functions that only make it harder to navigate my computer (ahem, Windows8), how about working on making directions a reasonably intelligent, college educated, highly-motivated user can actually understand?
at March 23, 2015 2 comments: