Comparisons That Should Work but Don't 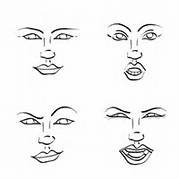 We all know that comparisons spice up speech and writing. There are similes, which use "like" or "as." Tennessee Ernie Ford had a million of them. One of my favorites is "She's as nervous as a long-tailed cat in a room full of rocking chairs."

And there are metaphors, like "Love is a battlefield."
Well done, comparisons imprint on the reader's mind. Really good ones make me pause to appreciate the creativity involved.
But there are also badly-done comparisons. Some are just tired: He was as dead as a door nail. Others are new  but not necessarily effective: She looked like my cousin Maxine when she's hung over.
I have a program that shows me where I've used trite sayings in a manuscript. Sometimes I keep them, like if a character is the type of person who talks that way. Other times I take them out, wondering how they slipped in in the first place.

Here are some deliberately bad comparisons, just for giggles.

The little boat gently drifted across the pond exactly the way a bowling ball wouldn’t.
The toddlers looked at each other as if they had just been told their mutual funds had taken a complete nosedive.
She grew on him like she was a colony of E. coli, and he was room-temperature Canadian beef.
She was a couch potato in the gravy boat of life, flopping dejectedly on the sofa.
It will take a big tractor to plow the fertile fields of his mind.

(Here's another simile about love:
Love is like an onion
You taste it with delight
Then you begin to wonder
Whatever made you bite...........) PHILIPPA COURT

P.S. Later this week (Friday/Saturday) I'll put THE DEAD DETECTIVE AGENCY up for free on Kindle. After all, it's the season of giving!
at December 05, 2016