What Am I Working On?

September 19, 2014
Someone asks me this about once a week, so I thought I'd attempt an answer.

I just finished the final edit for the 4th Simon & Elizabeth mystery, Her Majesty's Mischief. If you've been paying attention, I had some trouble choosing a title for this one, and readers gave me some great suggestions. I chose this one because it has a double meaning. Simon is sent to Scotland to try to determine if Mary, Queen of Scots is hatching mischief in the form of revolt against Elizabeth, now Queen of England. In his absence, Elizabeth hatches some mischief of her own, secretly sending Simon's old friend Calkin to investigate a murder in Simon's family. Both endeavors lead to trouble, of course.
I have no release date yet for that one, but they said I'll get Advance Review Copies in December, which means it should come out about two months later. I will let readers know through my newsletter, so if you aren't signed up, you can text 22828. It will ask for a password, which is PEGHERRING. Then it will take your email addy, and you'll be on my list (I sound like I know what I'm doing, but I don't. If you aren't a smart phone person, you can join my newsletter list on Facebook.)

The next Dead Detective mystery, Dead for the Show, is also slated for an unknown "soon". The last notification I got from the publisher was "late in 2014 or early in 2015." I'd bet on the latter since I haven't seen the final copy-edits, but in this book, Seamus is sent to a theater company in Toronto to investigate the death of the wardrobe mistress. Anyone who knows me can guess where that idea came from!

The Loser mysteries ended with Killing Despair, at least for a while. I had an arc in mind for her character, and I think she's completed it. There's room for further development, but it seems to me the books would be less about Loser and more just mysteries--not a bad thing but not what I planned.

I've been working on the cozy series, written as Maggie Pill, (http://maggiepill.com) which has done waaaay better than I expected. I have Book #2 almost done, so that should come out in early November at the latest.

The long-range plan is for one more Simon & Elizabeth (they're getting old!) and one more Dead Detective (to solve Seamus' own reluctance to take the final step). After that, who knows? 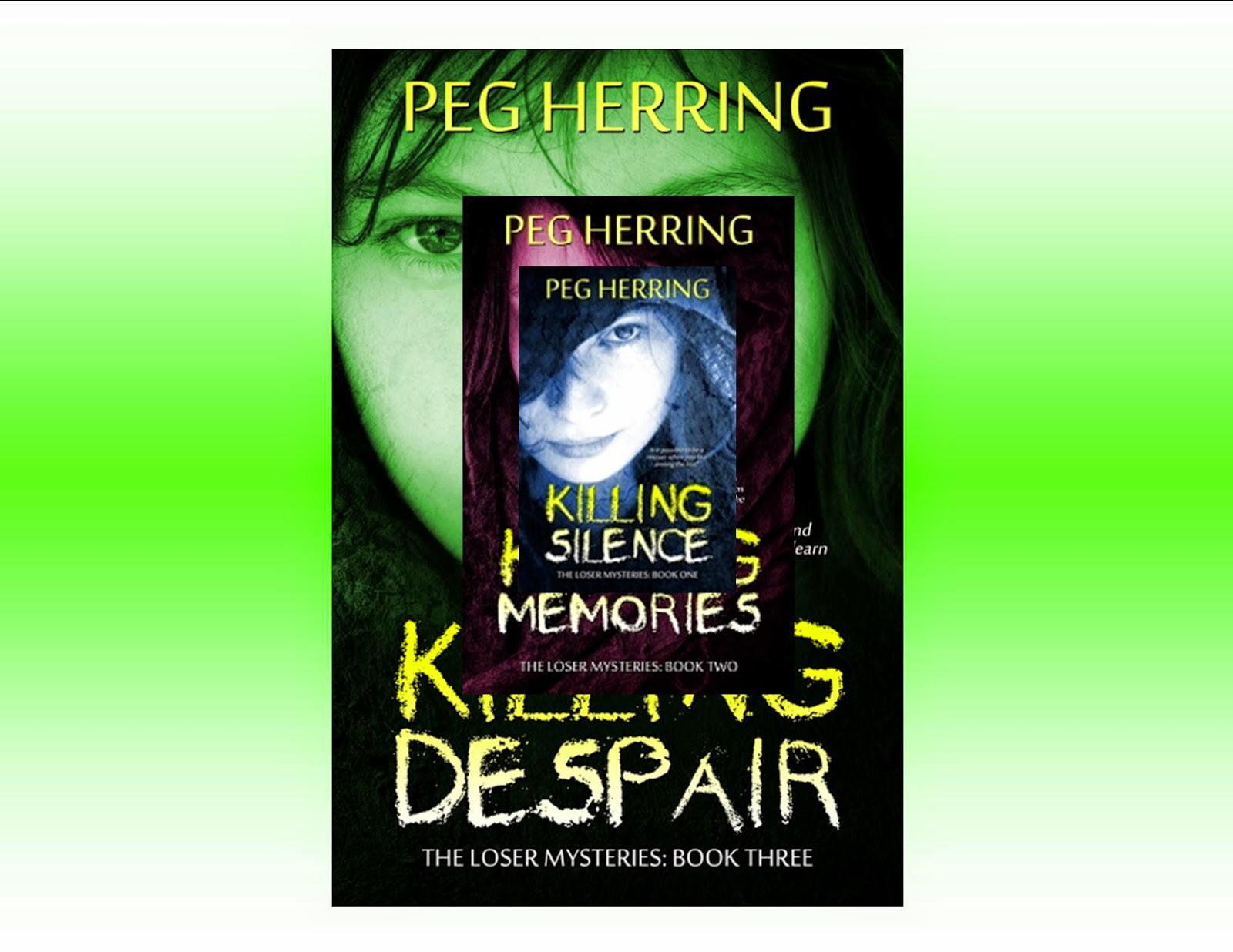