And the Winner Is--

Almost everyone liked the cover with the two figures on it best. I can't show it to you yet in final form, because I asked the cover artist to do a little touching up, which she confided this morning is driving her crazy. (Better her than me!) I don't like the messiness around the girl's left hand, and since I have no idea how much work it is to smooth that out, I asked. Apparently it's a lot. 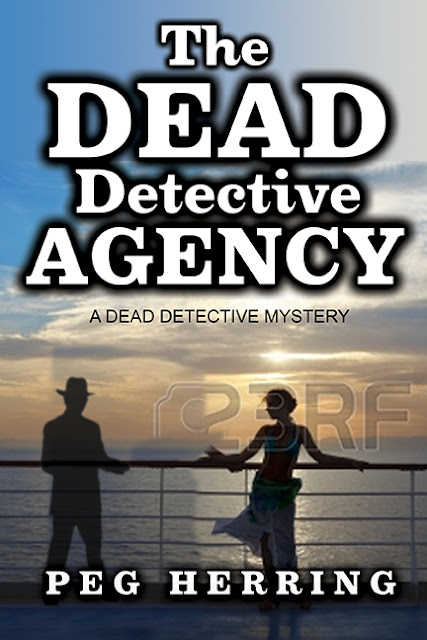 Anyway, I should have that cover soon, so the first two Dead Detective books can be re-issued by the end of June. Don't buy them again if you've already read them.
I mean, you can if you want to...   :)
I talked to a fan who thought she liked Book #3 (DEAD FOR THE SHOW) better than Book #1, so she went back and re-read the first one. Now that's dedication!
I almost never re-read books, except of course for editing and re-editing and re-re-editing. By the time mine are published, I'm tired of them. It was interesting, therefore, to read the first 2 DD books several years later for this re-issue. I still like them, though I fixed a sentence here and there.
Now I'm at work on Book #4, which will be the last involving Seamus. It's going along well, but they always take longer than I plan on. I'm thinking early 2016 if all goes well.
at June 15, 2015